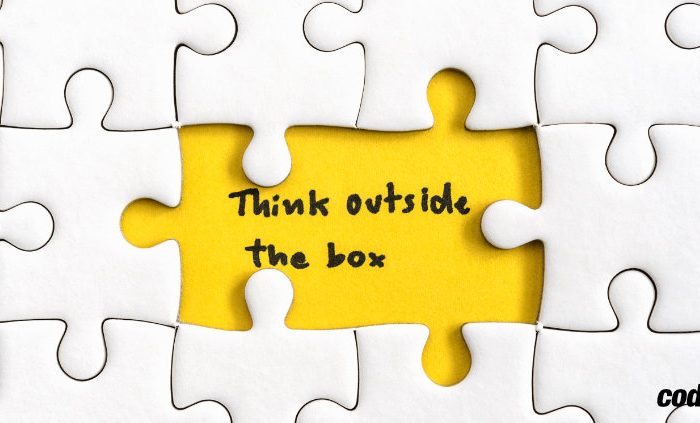 Innovate, find new solutions and germinate original ideas: this is a necessity for any company that wishes to meet the needs of its customers and improve its products or services.

While it is important to spot the problems faced by the users of your products, the generation of relevant and innovative ideas to solve them is equally important.

For this, there are multiple manners of creativity, of which we offer a non-exhaustive sampling.

It is certainly the most famous technique of creativity. It consists of bringing together a group of people who will each share their ideas on a subject, without receiving any criticism or judgment from the others.

For brainstorming to be successful, it is important that participants completely “break free” and bounce off other people’s ideas to come up with even better ones.

A method of creativity similar to brainstorming, brainwriting involves participants writing down their ideas rather than speaking them.

After a few minutes, each passes their piece of paper to their neighbor, who develops ideas from those written down, and so on.

The idea of ​​the brain walk is similar to that of brainwriting, except that participants do not pass slips of paper to their neighbor; instead, they move around the room themselves.

The aim is to move from one “idea generation station” to another, drawing inspiration from other participants to stimulate one’s creativity.

A kind of reverse brainstorming, this creativity technique invites participants to voluntarily express “the worst possible idea” on a subject.

This method has the particular interest of disinhibiting the group, which does not run the risk of self-censorship since the exercise aims to make “bad” proposals.

What is better, it makes it possible to fast identify and eliminate the most harmful ideas, forgetting to bring out the pearls of the invention.

You guessed it, this creative method relies on drawing. But rest assured, you don’t have to be an artist to use it: on the contrary, sketches should be as simple and basic as possible.

The interest is that visual representations have the power to stimulate the imagination a little more than words.

What’s more, a drawing can allow you to express a concept that you can’t quite put into words.

Mind mapping is another graphical presentation technique to encourage creativity.

It consists of building a kind of tree in which:

The main subject is in the center;

Subject-related ideas are branches and sub-branches that are connected to the subject.

This visualization tool, a priori fairly simple, is very useful for “mapping” ideas and better understanding the place they occupy.

Let’s continue in the tradition of “storms” with the body storm, which puts the participants directly into action.

Concretely, these are scenarios during which we put ourselves in the shoes of users and customers confronted with a problem that we are trying to solve.

By being rebuilding the action and being at the soul of the situation, it can be easier to develop ideas and therefore potential resolutions.

The focus group consists of bringing together not members of the company, but consumers and users of your products to have direct feedback and ideas for improvement from them.

Led by one or more facilitators, the focus group is made up of 5 to 10 people to whom a certain number of questions will be asked.

Please note: this is not an interrogation, the objective is to establish a real dialogue, fluid, and frank while following a “guide” planned. Everything is fully recorded, even filmed, to be analyzed afterward.

Gamestorming encompasses a variety of techniques for generating ideas and solving problems that are intentionally presented in the form of games.

Indeed, the game has the advantage of increasing investment, energy, and teamwork among the participants. Among the main game storming techniques, we can mention:

The anti-problem: the idea of ​​this game is to “turn around” the problem that we are trying to solve. The participants then look for solutions to the “anti-problem”, which brings up ideas related to the real problem;

The “Fishbowl”: consists of forming two circles with the participants, a small one and a large one which surrounds the first. Small circle members brainstorm and trade ideas, while large circle members silently monitor and take notes;

The campfire: the principle of this game is to encourage the participants to tell a story, like around a campfire. To start, highlight between 10 and 20 post-its on which you will have entered keywords (which you will have determined following a brainstorming, for example).

Each party must take turns picking up a post-it (or creating one himself if an idea occurs to him), attach it on another dedicated surface (which will constitute the “thread of the story”), and tell a story related to this keyword.

There is of course an assembly of other games, this list living far from exhaustive.

This approach is based on 6 additional ways of thinking expressed by hats:

The white hat: neutrality. We do not take sides and we are satisfied with facts and figures;

The yellow hat: optimism. We make positive comments, we project ourselves with the ideas of others;

The green hat: creativity. We are looking for new ideas and solutions, not hesitating to take liberties;

The black hat: pessimism. We are cautious, even alarmist, and sensitive to risks and dangers;

The red hat: emotion. We react “hot”, from feelings and intuitions;

The blue hat: the organization. We channel ideas with discipline. This is the hat for the exercise facilitator.

The idea is, for each participant, to alternate between the different hats to think differently, thus generating more new ideas.