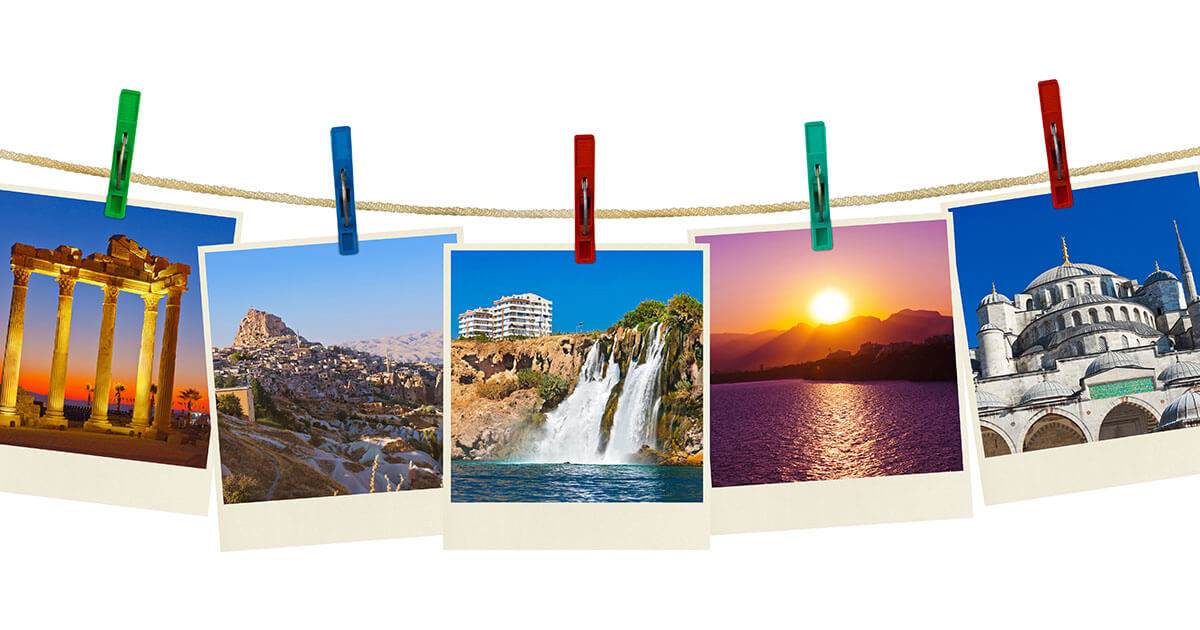 Instagram is the quintessential photo network. No other place allows smartphone photo enthusiasts to share snapshots of their daily lives with the general public so quickly and easily.

In addition, the application available on Android and iOS, but also in the form of a web application, is at the top of the list among companies and influencers when it comes to interactions.

Nothing can stop this success story: in June 2018, developers recorded one billion active users, including 17 million in France; more than 40 billion images have so far been uploaded to the app.

But for some, Instagram can also be a source of frustration: maybe the followers weren’t there, or maybe you find everything was better before the introduction of the new chronological algorithm.

If you decide to delete your Instagram account reluctantly, it is not necessary to give up your photo-sharing activity. There are indeed several alternatives to Instagram that are worth checking out.

Even though this vast blogging community is little known in France, along with Reddit and 4chan, it is seen as a melting pot of the modern internet in which many trends and internet memes have sprung up. The principle of Tumblr blogs (keyword: microblogging) that are fully customizable and in part highly-specialized on all possible and imaginable subjects.

The atmosphere of the posts goes from serious to comical. The most absurd examples are also one of the reasons why a good half of the members are under the age of 25. Almost 335 million users (as of April 2017) have already opened a personal blog on Tumblr.

As you scroll down the Tumblr search results page, you’ll notice a clear trend for images and GIFs that automatically animate when viewed. Each blog can also be displayed as a convenient “archive” view that provides direct access to each article.

Apart from this, it is also possible to share texts, videos, live broadcasts and even, audio files over the network. Like on Instagram, you can draw other users’ attention to your content using hashtags that can add blogs to their dashboard (the Tumblr news feed) as favorites to stay informed of the news. contributions.

The “ blogging ” of posts plays an important role here. Some Tumblr blogs even focus their business exclusively on bringing together images on one topic in one place. In this way, popular content creates a buzz at lightning speed in the community and spreads far beyond.

However, it should be noted the precarious situation of copyright. To surf at will on the platform, you do not have to be personally a blogger. But beware: by browsing the more than 300 million blogs in this way, you can unwittingly come across all kinds of content that other platforms have long banned in their guidelines (especially explicit pornography).

Pinterest is often directly compared to Instagram, but the two services differ in many ways. Pinterest (a portmanteau made up of the English terms “pin” and “interest”) is not just about consuming and comparing images. Rather, they should serve as inspiration.

Whether for travel, cooking recipes, planning, hairstyles, or “Do it yourself” projects, people looking for original and feasible ideas on one or all of these subjects log into Pinterest and indicate their interests. The application then automatically creates a personal bulletin board with proposals in these different areas.

As in real life, the virtual bulletin board serves as a gathering place for ideas, recipes, and instructions that are preferred to have visual form rather than text or video. This content can be found using Pins (Pinterest’s version of hashtags) and saved as themed boards.

It is also possible to pin images directly from external websites. All you have to do is enter the URL and the application automatically displays all the content available for recording.

Note that Pinterest does not offer any filters or effects on the photos, as Instagram allows in particular. The images must therefore already have a certain quality before being loaded on the platform. This attention to quality and professionalism opens up many opportunities for companies wishing to stage their content and products in a way that promotes sales.

Many images are therefore linked to online stores. : When customers click on an interesting piece of furniture or a fancy hairstyle idea, they are redirected directly to the provider’s website, generate traffic, and with a little luck make a spontaneous purchase. Pinterest is constantly expanding the possibilities for advertisers, including an influencer marketing program as well as features to reach users in a more targeted way.

The online service Flickr allows you to edit digital or scanned images and videos in real-time and share them with a small group of people or a large audience. Other users can flick through your image gallery and comment, rate, and recommend it. The photos are classified into specific categories using keywords and can therefore be found more easily.

A solution that is particularly useful when you are looking for photos for your next design project. Many photos uploaded to the platform are free of rights or under various Creative Commons licenses allowing their distribution and commercial use (the status of the images is explicitly specified for each image).

And the choice is impressive because Flickr is a meeting place for true aficionados of photography. who have an authentic passion for their art and don’t just want to post spontaneous photos taken with a smartphone. In this context, special attention is paid to the technical aspect of photography.

It is thus possible to load his visual works with all the corresponding data from the camera and to give other users an overview of his way of working.

Edit images in real-time and share them with the community – the application of the Berlin start-up EyeEm (pronounced: “I am”) strongly resembles other photo networks, but benefits, unlike these American competitors, of the good reputation of German data protection.

And that’s not its only distinguishing feature: the app allows photos to be sold through the EyeEm Market to photo agencies like Getty Images. After ups and downs, this network founded in 2011 has become a popular image market with 22 million creators offering their photos.

Standard licenses offered for worldwide digital use of a photo cost the US $ 20 (approx. 18 euros). Depending on requirements, however, prices can go up to 50 US dollars (approx. 44 euros) or 250 US dollars (approx. 220 euros). With a guaranteed supply of 50 percent of the sale price as well as weekly tasks (known as “EyeEm missions”), developers motivate their users to create high-end photos on topics such as nature, mankind, or people. trips. In this firmly anchored community, we will therefore meet a few fashion bloggers and “duckfaces”.

The intelligent image recognition software used by EyeEm is called ‘The Roll’ and helps select the best photos for sale by automatically sorting the smartphone gallery based on themes and relevance while providing technical data such as shutter speed, shutter, and ISO value.

The main customers are EyeEm manufacturers, TV channels, and publishing houses as well as large companies such as Lufthansa, Airbnb, and The Huffington Post. This image market is therefore in direct competition with photo storage providers such as Fotolia – a real alternative to the influencer business model.

Vero: Wants To Shake Everything Up

If Vero has been around since 2015, then it was only a well-kept secret. A situation that changed in early 2018: while several influencers opened an account on this hitherto little-known photography network, the number of users suddenly rose to one million and even led to service outages due to this increase. meteoric traffic.

Vero is quite similar to its competitors: the network uses hashtags, has a messaging function, and allows content to be shared with a selection of user groups only.

The developers’ vision has certainly won over influencers as they wish to offer with Vero a real alternative to the undisputed master of Instagram and other long-established social media platforms: according to its name (in Italian, “Vero” means “truth”) and its slogan “True Social”, the developers want to tackle head-on the typical abuses of the sector.

This means no advertising, no data collection, and no annoying algorithm that administers the content beforehand. This promise has made Vero already seen as “the next Instagram” in some places. But can this application satisfy its ambitions?

The point is, even the biggest social networks like Facebook and Twitter ignored advertising and algorithms in their early days. Critics of Vero also find it somewhat hypocritical that one must imperatively enter his phone number to create a new account.

In addition, Vero does not intend to remain free ad vitam aeternam: even if it is at an advantageous price, paid subscriptions must ensure the financing of the application in the future. The exact price, as well as the date of introduction of the subscription, are not known at the moment.

Because of the vast technical problems encountered, the developers have decided to extend their “Free for Life” offer until further notice, which should only apply to the first million users. It can therefore be “paying” to take the bandwagon and become one of the “early adopters” of this new network of photos in the making.