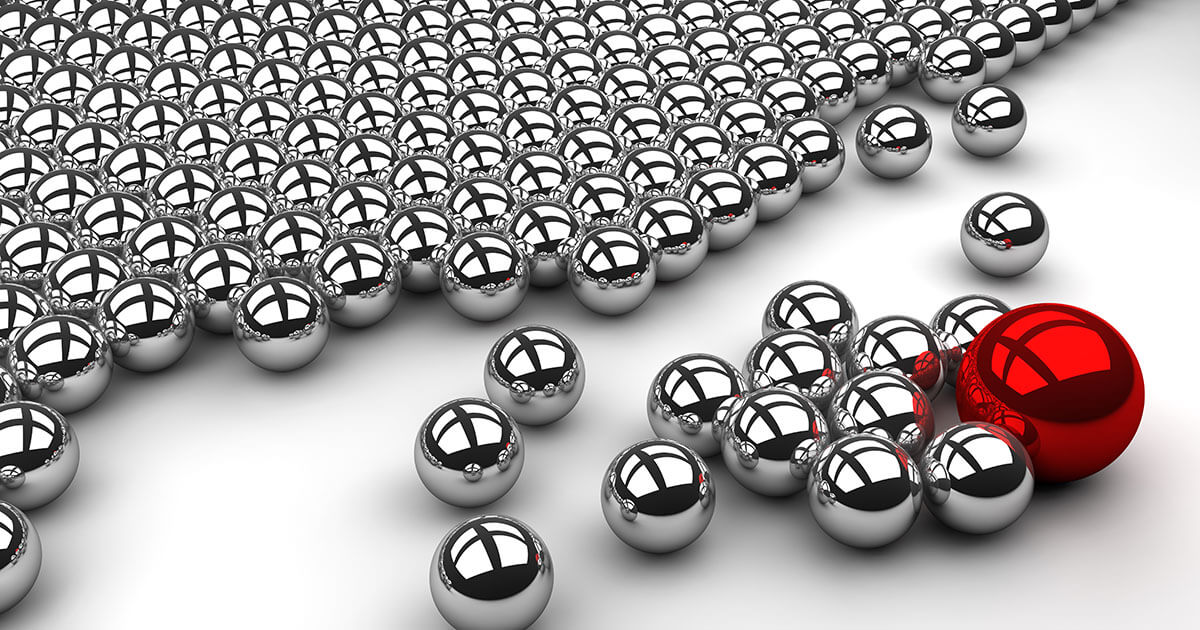 Traditional advertising communication media such as pop-ups or banners are increasingly ignored or obscured by ad blockers. This makes it harder for marketers to generate interest in their products or services.

However, there are new ways to set up a good communication strategy and a creative campaign. One of the most important and most discussed marketing disciplines in the online marketing mix remains influencer marketing, where we identify and get ambassadors on the web.

For a long time, efforts have focused on celebrities with the largest possible number of followers. However, new studies show that the group of micro-influencers with fewer followers can generate a higher engagement rate than celebrities.

What Is A Micro-Influencer?

Unlike the big influencers and celebrities with more than a hundred thousand or even millions of followers, micro-influencers are opinion leaders followed by a small group of subscribers who are however more loyal. While celebrities have a broader reach, micro-influencers can score points for their authenticity and closeness. : they actively interact with their community.

Oftentimes, they are seen as experts in a specific field: fashion, technology, or cosmetics. Therefore, their recommendations for subscribers are much more reliable than those of any celebrity that can be seen on regular banner ads.

Other definitions, such as Mavrck’s, describe the group of micro-influencers as “daily consumers with between 500 and 5,000 subscribers who are very engaged on relevant topics” (“Micro-influencers are everyday customers who have 500 – 5,000 positively engaged supporters around pertinent subjects ”).

While the 100,000-200,000 subscriber group can no longer be categorized as “micro”, users with fewer than 10,000 followers have little influence and significant reach. However, if one adds these numbers up and looks for an average value, then social media accounts with 10,000-100,000 follow-ups can be described as micro-influencers.

Why Is Cooperation With Micro-Influencers Essential?

The key to a company’s success is the Return on Investment (ROI): the ratio between profit and invested capital is decisive for the success of a marketing strategy. To determine the value of a social media cooperation, you need reliable numbers: why is a collaboration with a micro-influencer worth considering?

Ultimately, it will only hit part of the target, just like a Kim Kardashian, for example. This question was raised in the study of Markerly, a company that brings together thought leaders and brands.

The study analyzes how high the engagement rate (covering comments and likes) is compared to the number of participants of an Instagram account. This ratio has been studied among more than 800,000 Instagram users.

Most of these accounts had over 1000 followers. The result is surprising: the higher the number of subscribers, the lower the percentage of follower involvement.

The highest engagement rate is thus achieved by the group of Instagram users with less than 1,000 followers. In this group, the rate of likes is 8%. Users with more than 10 million followers, on the other hand, only achieve a 1.6 percent likes rate.

For accounts with less than 1,000 subscribers, the figure is 0.56 percent. Add to that the astronomical costs that would be required to get a famous star like Kim Kardashian to post a picture of her with any product, the ROI turns out to be quite unsatisfactory.

Rather A Several Micro-Influencers Than An Expensive Star

The art of a successful marketing collaboration with micro-influencers is to find a profitable middle ground. Celebrities with wide reach are too expensive and rarely cater to the right target group for a product. Celebrities like the Kardashians have millions of fans and followers who are interested in a wide variety of products and topics.

On the other hand, users with less than 1000 subscribers have too little reach to be worth the effort of collaboration. On the other hand, if a marketing strategy focuses on micro-influencers with a range of 10,000 to 100,000 subscribers, then a solid engagement rate is achieved with a satisfactory range: 2.4 percent corresponds to likes and 0.17 percent to the comment rate in this user segment.

With such a strategy, the marketing of micro-influencers is promising, concrete examples prove it: Sarah Ware, CEO of Markerly, explains to Digiday that their company has established an influencer partnership with the Kardashians. This was to promote a new tea product from a customer.

It was successful and thanks to its huge reach it also generated hundreds of conversions. But the project only really took off with the inclusion of 30 to 40 micro-influencers. Micro-influencer marketing can offer unprecedented opportunities, especially for small brands serving niche markets, provided you find the most relevant influencer.

The American clothing brand Lord & Taylor is another example of a campaign that caused a sensation and gained fame through the media: in 2015, the company cooperated with around 50 Instagrammers.

They were supposed to wear a certain dress and display a picture of themselves with that dress – it was up to them how they paired it. In return, they received between 1,000 and 4,000 US dollars.

In two days, the posts reached an incredible 11.4 million Instagram users, most of them received over 1000 likes for their photos in a very short period – some of them even got over 10,000. The brand itself received 328,000 subscriptions on its Instagram account official. The dress was immediately sold out.

How To Find The Most Suitable Micro-Influencer?

The biggest hurdle for brands is finding the right micro-influencer for their products. That is why cooperation with celebrities and very influential people has always been and still is the least risky choice: potential partners are quickly identified and contacted, the person has a good image and the reach is high. However, it’s not that easy to get the most out of your marketing efforts.

If you want to work with multiple micro-influencers in a more targeted way, you have to put in more effort. A misplaced product looks unnatural and, in the worst case, has an absurd effect and negative fallout: subscribers will be stunned when, for example, sports equipment suddenly appears between countless photos of architecture.

The consequence could quickly damage the image of the micro-influencer and that of the company. Even poorly reported sponsored posts sometimes cause a negative sensation.

The following rule must then be applied: the marketing of micro-influencers must be sustainable. Anyone who chooses a micro-influencer carefully and appropriately can benefit from long-term cooperation.

The question is, how do you make the right contacts in the social media jungle of Web 2.0? Admittedly, finding micro-influencers is usually not as easy as finding celebrities and major influencers, who can be easily identified by their number of followers or through search tools. Nonetheless, there are promising opportunities: and the effort is paying off.

1. Look for potential micro-influencers among your followers and reach out to them. Ideally, the person already identifies with your brand, knows the products, and may even have posted something related to your brand already.

2. Use hashtags effectively and appropriately. The relevant hashtags have two decisive advantages for marketing micro-influencers: firstly, consumers offer their keywords in categories, allowing in-depth analysis of target groups, on the other, and this is the second benefit, you can easily identify their interests, their reach, and ultimately the people who present themselves as micro-influencers. Hashtags are therefore an efficient research tool.

3. Use the filters of the search tools: especially if there are already countless followers, manual searches can easily become tedious. Many tools don’t just offer the ability to locate users with the greatest reach.

For example, the Brandwatch Audiences tool also provides more detailed information on influence and audience. Other social media monitoring tools are featured in this guide.

4. Another option is to call on agencies specializing in micro-influencing: they connect brands and micro-influence marketing. It matters both: As thought leaders become active and bring attention to themselves, your business and brand are getting noticed with a large base of potential prospects.

Thus, high thematic relevance can be achieved: Brands find users who are genuinely interested in their products, and these are only promoted through appropriate thematic campaigns.

How Does Communication With A Micro-Influencer Work?

If you realize that a micro-influencer is interested in your brand and has enough reach, then the first steps have already been taken. Now is the time to build the partnership carefully.

Make yourself known and recognize the popularity of micro-influencer through likes and comments. If contact is established and there is mutual respect, the micro-influencer will be better able to accept a partnership request. Of course, it is necessary to offer offsets as well, as contacts usually know very well what their market value is.

However, cooperation should also be useful to you. Depending on the allocated budget, you should therefore first try to offer VIP bonuses as compensation: Bloggers, YouTubers, and Instagrammers are often delighted with products to test for free, which they can keep afterward.

Invitations to events are generally well-received as well. These measures are very profitable for you and can have the desired effect if a sufficient number of marketing micro-influencers are willing to cooperate.